“…Workers in those cities (Raleigh) (and other smaller areas also posting these increases) are likely to go further on their wages than their compatriots in the Bay Area. Mortgages, rents, tax rates and commuting costs are cheaper in most cases, meaning that although workers might have to sacrifice California’s sunshine, they’ll end the month with more cash in their pockets…” as reported by Forbes. 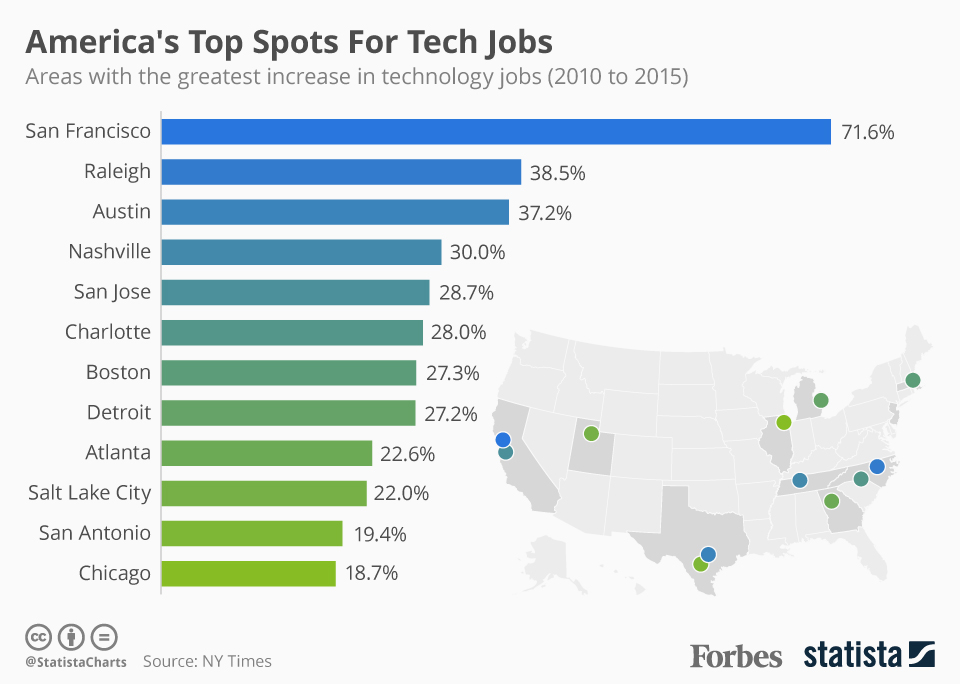